Welcoming all fans of robots! We’re excited to announce our first ever community.robotis.us public event- the “My Favorite Robot” Video Sharing Contest! Enter for your chance to win prizes including $250 store credit. If seeing this post on the top of your page, scroll for more info or click this link to visit the post under “News and Events”: “My Favorite Robot” Video Sharing Event

What inspires you in robotics? Share a video of your favorite robot here as a response to this post, and tell us why it’s your favorite. Real-life robotics and even fictional robots are welcome- tell us where it’s from, and what makes it special!
The response that receives the most likes (the

icon) by the deadline will win first prize!

Prizes and Rules below!

Ask any questions below!

5 Likes
I have more than one robot that is my “Favorite Robot”!
My favorite robot had an uninspiring name, but inspiring personality
TurtleBot3 is my "favorite robot"- Here's Why
Andrew June 17, 2021, 10:46pm #7

I wanted to create a post to share an example for our new giveaway- and you could probably guess as much but my favorite robot is TurtleBot3! 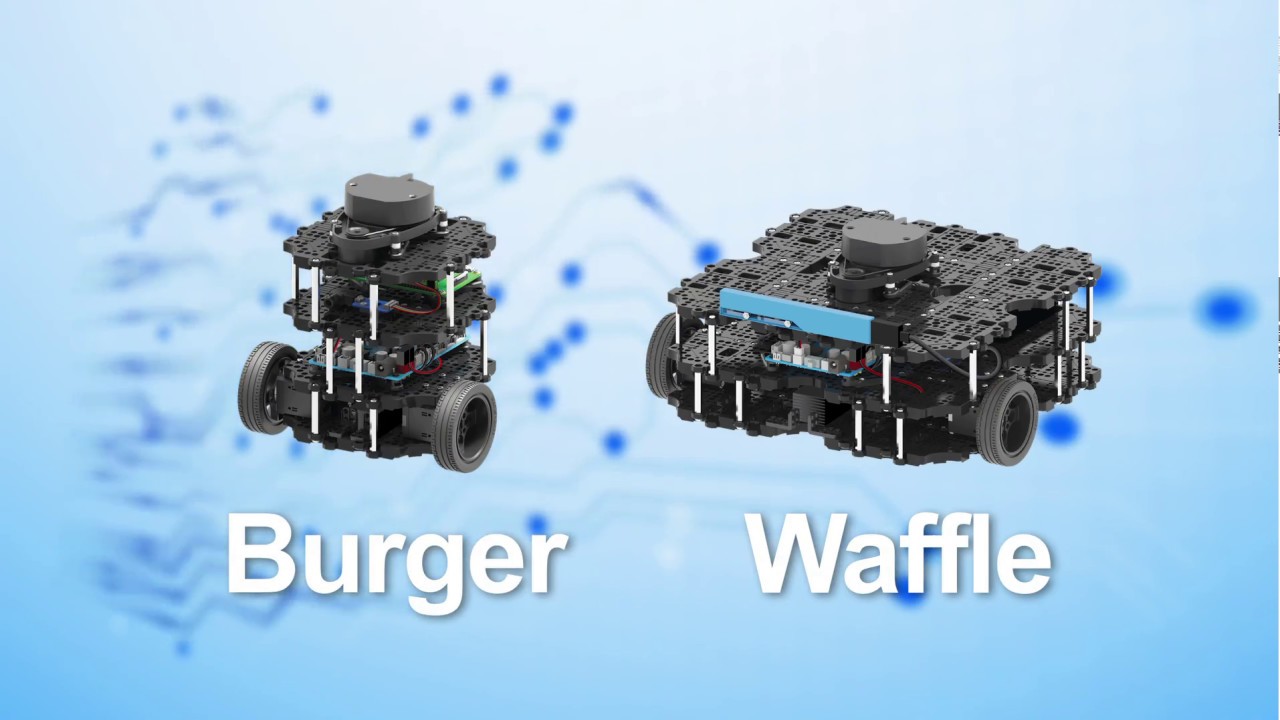 The TurtleBot3 is my favorite robot platform I know because of its sheer versatility. TurtleBot3 can be made using almost any onboard computer and supports a number of SBC’s, as well as different operating systems and ROS versions.

Even as a beginner in programming, I can use TurtleBot3 as a remote control vehicle, SLAM, navigation and more! Being able to run examples in ROS and explore how packages can be used is a great way to learn more about robotics and ROS in general! All these things and the ease of use of the platform make TurtleBot3 my favorite robot so far!

I have 4 robots that inspired me when I was a very young kid! I bet many people will agree with the first two! After seeing Star Wars for the first time. My Dad had me watch these two films: Forbidden Planet and The Day the Earth Stood Still (1951). These robots inspired my Dad and George Lucas! Their “Favorite Robot”.

I loved Robby as a kid! Robby had a career as a movie and TV star!

I was scared of GORT! When I was a kid! Just remember! “Klaatu barada nikto.” So, those are my “Favorite Robot”s. What do you think? Robot Model B9, but just called The Robot in the original TV series Lost in Space. He was a little dry, a little robotic, but had a hint of naughtiness that gave him some humanity. And of course had the memorable line that most people probably don’t know the source of, “Danger Will Robinson!” My favorite robot is Boston Dynamic’s Atlas, which is a research platform designed to push the limits of whole-body mobility.

Here is a video of how the Atlas dance-Do you love me?: This robot has had many incarnations since it was first created back in UC 0079 (or our time of 1979 haha). Of course I’m referring to the grandaddy Gundam, the RX-78-2 Gundam! Gundam is a long running Japanese hard sci-fi anime depicting “real robots” in times of conflict. With quite the anti-war message and numerous different timelines and series, movies, games, books, etc., it’s a franchise to rival even that of Star Wars. But the original one will always hold a special place in my heart.

Despite it’s age, the grandaddy Gundam has retained so much popularity that a full scale 18 meter tall robot ver. of it has been created in Japan! There are many robots in fiction that inspire me but as far as real robots go I’ve recently been in love with Mark Setrakian’s Axis robot (Tested did a cool interview with him). This inspired me to the point that I wanted to make my own! I went a slightly different direction artistically. This was the first robot I ever built from scratch and I took a deep dive into learning inverse kinematics to make it work. Thanks for sharing all these great submissions! It’s great to see the range of time periods and inspirations for so many of these unique and iconic designs. I can’t wait to see what else might be posted to compete too!

@pyrohmstr, thank you for your note regarding the link-posting restrictions for new users. This was not intentional, and the limit has been increased substantially. If there’s anything else you’d like to include in your post feel free to add that.

Everyone, please do let me know if you ever have trouble creating your posts or run into an issue with the community page- I’ll be glad to help where I can!

@pyrohmstr This is amazing, I also like your version as well! Did you use the 3D printed parts?

Hello! My name is Ali Khorshidi Benam, I’m Aerospace Ph.D. student. I’m a robotic enthusiast since I was 7!

The first robot that inspired me was the SONY Aibo robotic dog, which as soon as I saw it, I decided to make a similar one (!) With the disposables and tools I had in my room! I took a shoe box, put two motors in it, and cut cardboard legs. I made a head for it with a shampoo box and a three-color LED, and with wired control I now had a robotic dog that felt like an Aibo!

This was my first experience and the first robot I made when I was 7 years old!

Time passed and at the same time as I became interested in the world of aerospace, space shuttle and space travel, I also became very interested in robotics, and from the intensity of my interest, I shed tears of joy with the Disney/Pixar Wall-e animation. Until in 2016, a promotional video of a robot fascinated me, which happened to be very similar to the animated characters of the Wall-e! I quickly pre-ordered “COZMO” from Amazon, and since that day it has been my inspiration that has inspired me in many of my endeavors. Charming and lovable character, emotional robot and fun robot for 0 to 99 years! These are features that almost everyone agrees on.

But my goal was not just to buy a funny robotic pet! One of the unique features of COZMO in its Software Development Kit or SDK was that it allowed me to program for it in a simple languages like Python and actually take control of the robot myself!

In the video below, you can see some of the features of the COZMO SDK that I used to transfer the image of the robot camera to my computer browser, as well as the robot’s motion programming. Another technical and hidden beauty of COZMO was the possibility of establishing control and communication through the Robot Operating System or ROS, which I use both of these capabilities, namely the possibility of programming in Python and ROS to teach my university students, and this robot along with All its fun, engaging and emotional aspects have also become very attractive educational tools.

The video below shows me setting up and connecting COZMO to the Robot Operating System (ROS) on Linux UBUNTU. In this short video, I set up a simple text-to-speech ROS topic that forces COZMO to call my first and last name! COZMO gives its users exactly the feeling of a good and funny friend and has changed the public perception of robots as a mechanical machine without feeling and rough and has shown that robots can also be a good, funny friend and companion for humans.

I hope in the future we will see more similar robots with more features like COZMO and Vector.

*All the videos mentioned in this post were made by me and published on my YouTube channel.

*If you have any questions or comments, I’ll be happy to read them in the comments section and respond to them.

Hello everybody- thank you for sharing these great posts and for taking part in our first-ever online giveaway contest. It’s amazing seeing the different inspirations each of these characters bring to our members!

As of 12:00PM today, our winners have been decided:

And for First Place… drumroll please

Congratulations to our winners, and thank you to everyone involved for making our new community such a lively and helpful place! Hopefully we can see even more great projects shared here with today’s prizes!

Winners: Please create your account on the robotis.us online shop to receive your store credit prizes. ROBOTIS will contact you to confirm account information before issuing credits in the next 1-2 business days.

Be sure to visit regularly to join the next event or giveaway!