FHNW Rover Team at the ERC22

A story about how the FHNW Rover Team went to the on-site European Rover Challenge 2022 and scored brilliantly.

Our journey started in the early hours of Wednesday morning. It was raining, perhaps a sign of what would come. While the large part of the team flew from Zurich to Warsaw, a small part of our team took the 1400 km journey upon themselves and drove all of our material and our rover to Kielce. After a involuntary stop caused by a blown tire near Bautzen, the team continued it’s journey and arrived on thursday afternoon at the Mars Yard in Kielce. 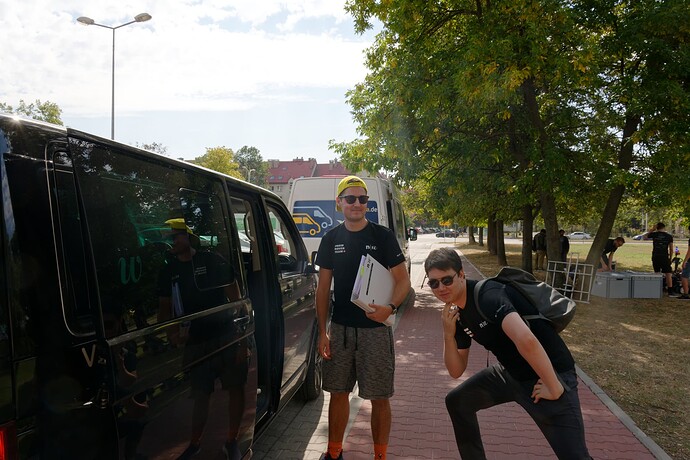 Thursday was preparation day, and the blown tire had eaten into our time. Fortunately our rover was transported fully assembled and was ready to go within half an hour of our arrival. This allowed us test all of our systems and be prepared for the next days. We also had time to install our workshop into the Team Zone. 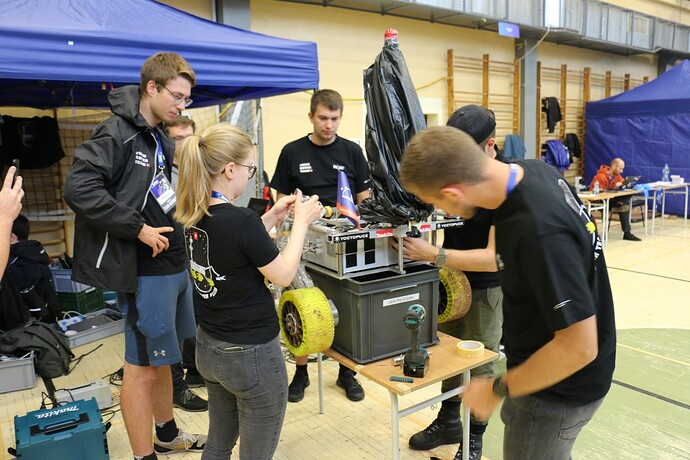 Friday was competition day. We had two planned tasks in the morning. First up was Science, where we took pictures of various objects around the Mars Yard and documented our findings in a science report. 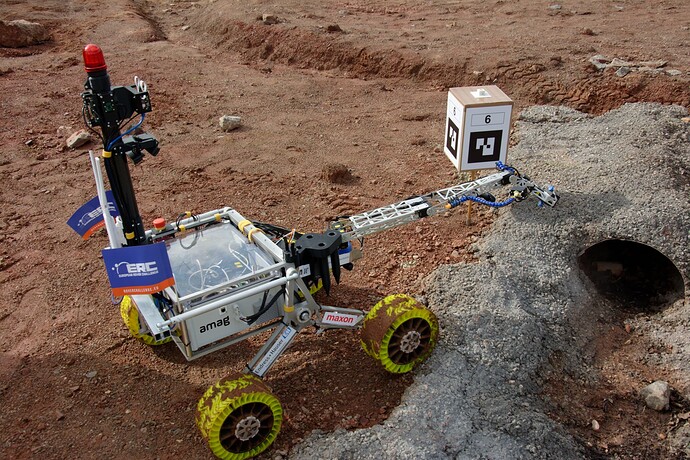 Next up was the maintenance task, where teams have to manipulate switches, plug in cables and activate a magnetic switch. Unfortunately we suffered from interference on our communication channel and weren’t able to control the rover at all. After a bit of back and forth we were allowed to try the task again using a different frequency band. Our arm was able to do many of the challenges and was even able to plug in a power cable. 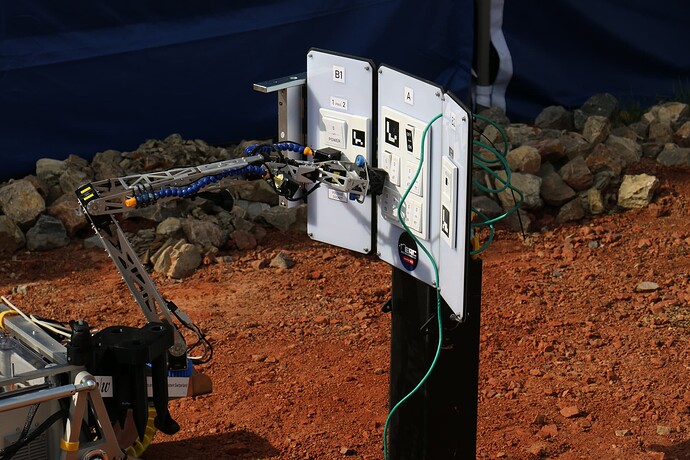 That was supposed to be it for the day. But the weather report for saturday showed rain, so our remaining tasks were moved up to Friday night. Unfortunately it got dark very quickly and we weren’t able to do our autonomous navigation task as the cameras couldn’t tell the difference between rock and nightsky. We decided to try it on Saturday and moved on to the probing and collection task. In this task the rover has to place various probes in designated areas and take soil samples. It was a lot of fun but the best of it were the pictures. Just look at them: 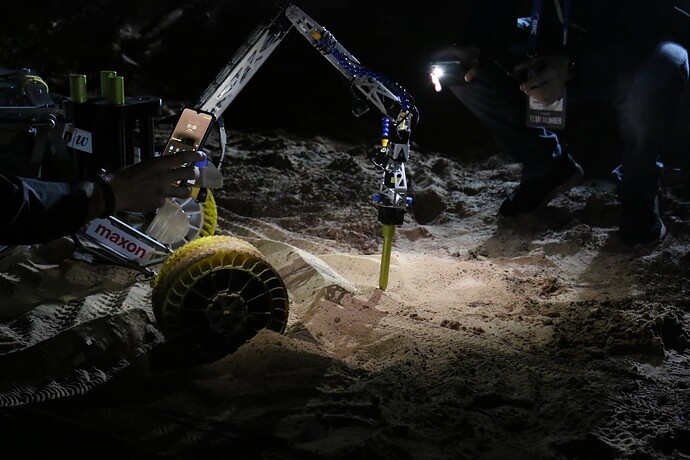 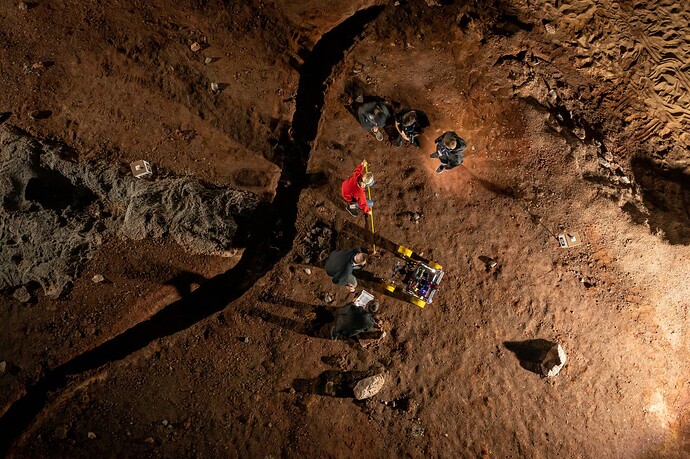 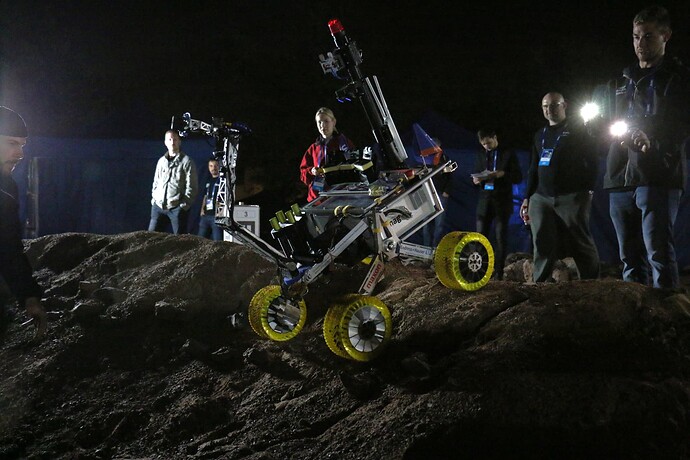 Then came saturday. All we had to do now was the navigation task. After waterproofing the rover we headed to the Mars Yard. And my oh my was it wet! Unfortunately it had rained so much that the autonomous navigation software couldn’t deal with the very low grip conditions so we had to switch to manual mode. The task still proofed to be a success as we hit all waypoints and the water didn’t break any components. 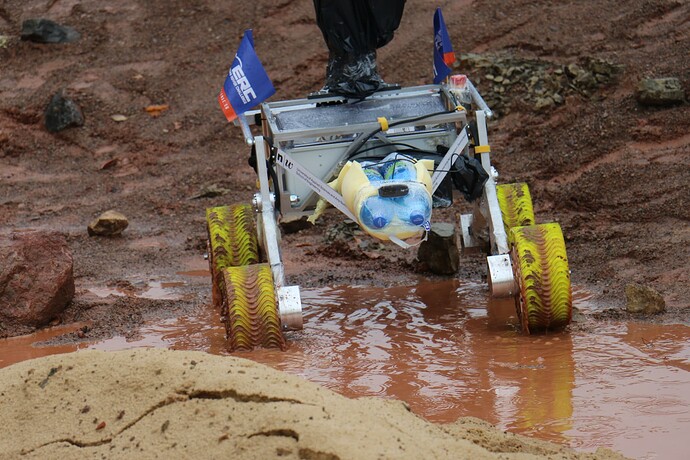 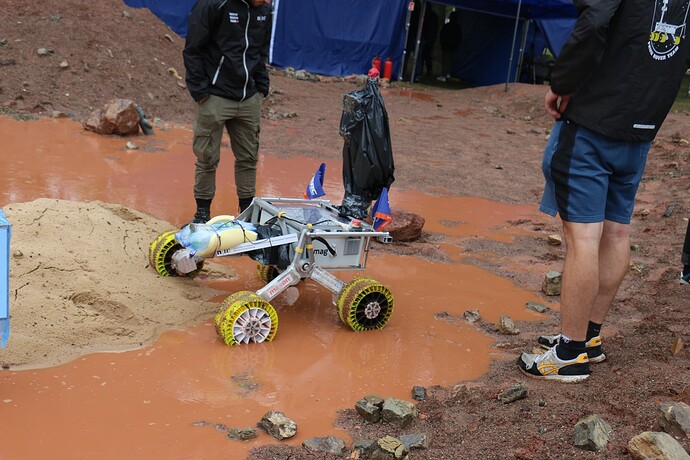 And with that it was a wrap. We had managed all of our tasks fairly successfully and were superproud of what a team of just nine students had achieved in a year. Looking back at our old blog posts, we have come a long way from our prototype in April. 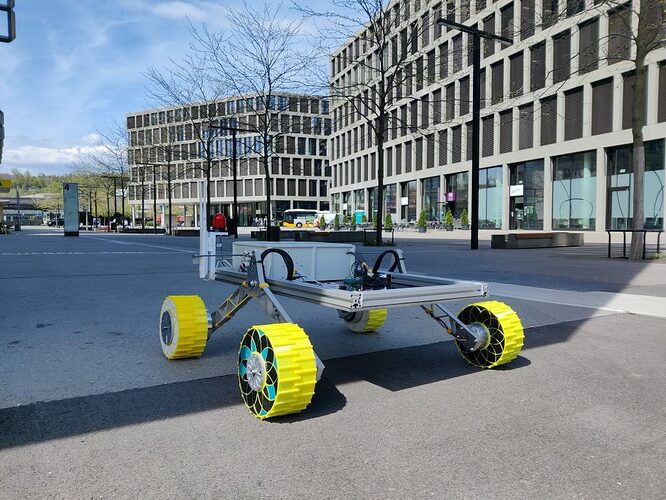 After a great party all that was left to do was the closing ceremony on sunday. And I can’t tell you how delighted we were to hear that we scored in 6th place!

We will post more updates in the future on this forum.

If you want get frequent updates of our rover, follow us on Instagram or on our Blog.