Unbelievable work done by Alexander Entinger of LXRobotics and his multinational team participating under the 107-systems label ( https://107-systems.org ) consisting of: 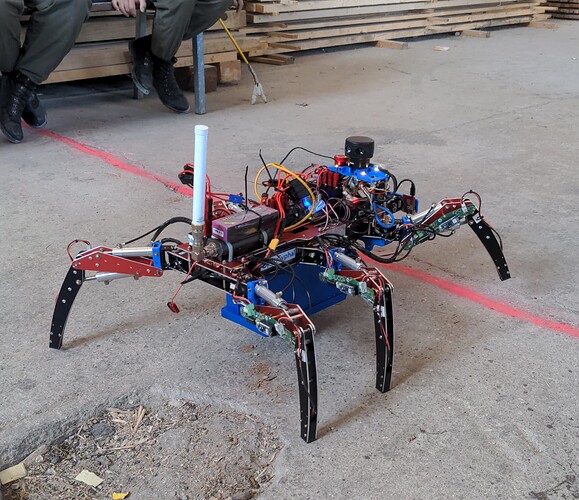 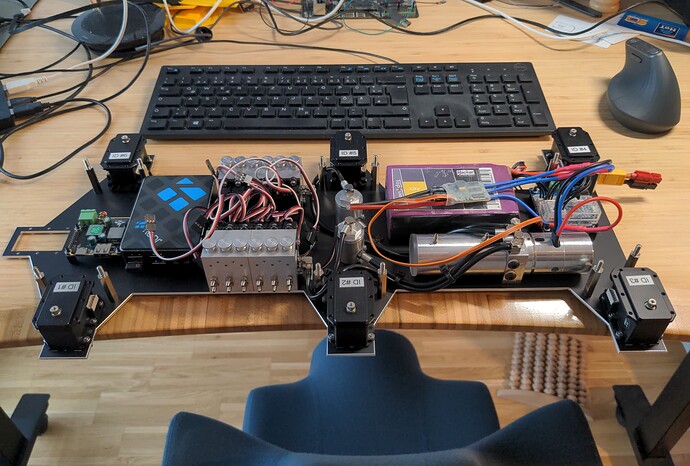 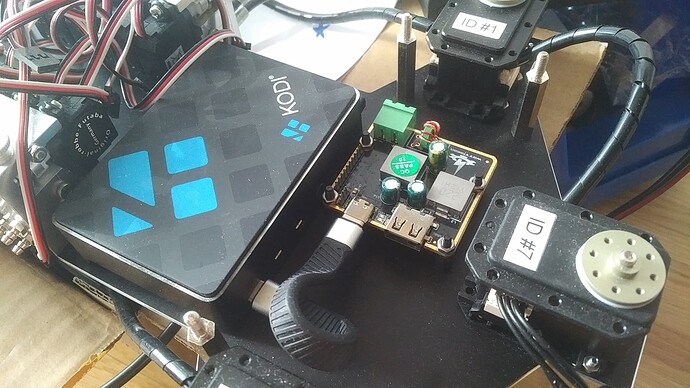 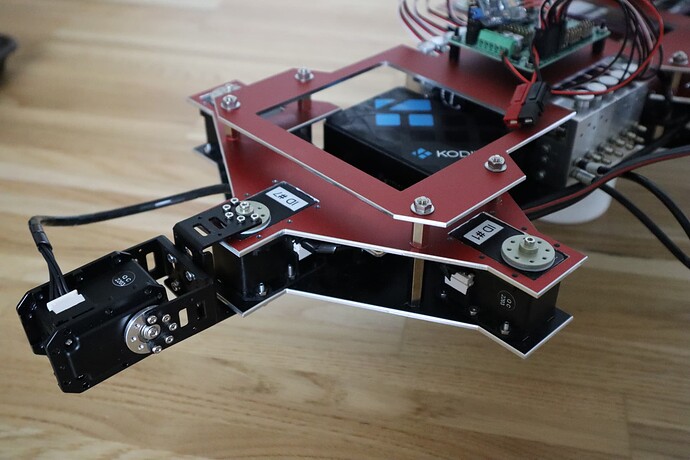 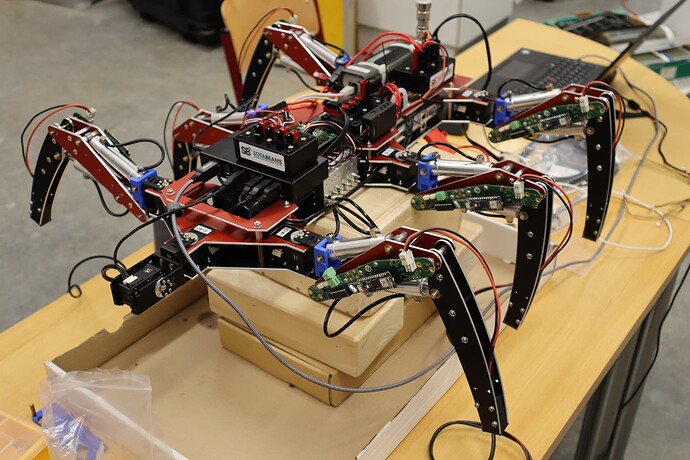 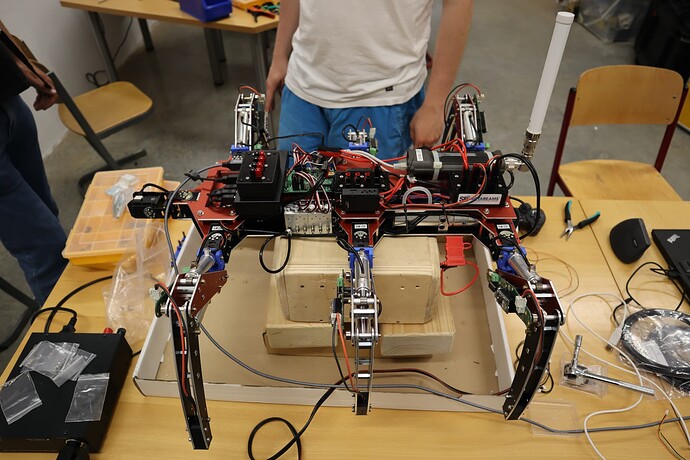 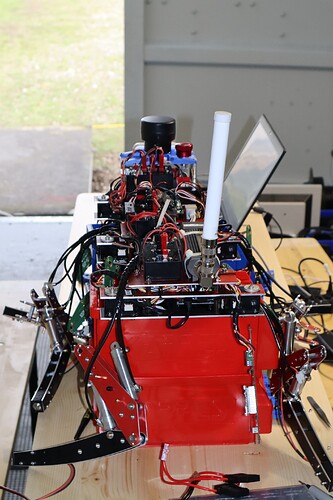 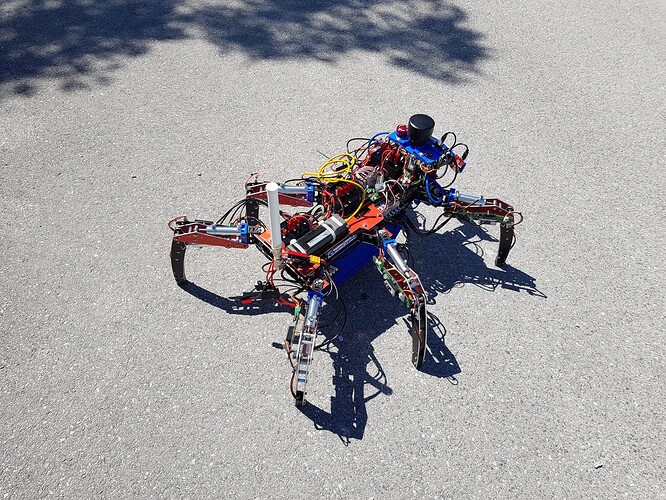 Thank you for creating this with our DYNAMIXELs.

Thank you very much for this introduction

The purpose of this post is to provide some additional context on the project. As a first point I want to touch on the group which has assembled this robot. Most notably (and regrettably) none of us is building robots for a living. However, all of us are passionate about all things robotic.

Bernhard Mayer and Jonar Wuehr are long-term members of a German-based robot club called JECC. They regular compete in local competitions whilst also not hesitating to travel to the Czech Republic or Slovakia for widening their scope. Pavel Kirienko is running the Estonian based company Zubax Robotics which is specialising brushless motor controllers and accessories for the drone industry. I myself am providing contract development services for firmware via my Austrian-based company LXRobotics. All of us are heavily involved in the Open-Source community either running or contributing to various Open-Source projects.

Jointly we’ve come together to build L3X-Z, a six legged hexapod-robot utilizing both electric and hydraulic actuators under the 107-systems umbrella. 107-systems is nothing more (or nothing less) than a GitHub organisation used as a focal point for joint development of re-usable open-software/open-hardware building blocks for people from various backgrounds. Although we are mostly Europe-based we are open to international collaboration and cooperation and I kindly invite anyone to take a look at open-issues and apply themselves to them (I must confess I’m lagging a bit behind with regards to write down all the issues I’m holding in my mind) or even pro-actively come up with new ideas. As of now we intend to continually improve L3X-Z and further enter various suitable competitions.

With all the introduction out of the way I’d like to touch on how we used Dynamixel products within the robots design: In order to actuate the hip joints of the hexapod robot we needed physically small, smart (meaning being able to set a target position and keep track of the current position) servo motors with a decent torque. Together with the availability of a large and diverse set of brackets Dynamixel servos became our servo of choice.

From the wide selection of available Dynamixel servos we narrowed down on the Dynamixel MX-28AR since it provided a optimal combination of contactless (and hence wearout-free) high-resolution magnetic position sensor and a RS485 control interface. RS485 has an advantage in a EM-noisy environment such as our robot, where we are operator a high-power hydraulic pump with a brushless motor in close proximity to the wires connecting one dynamixel servo to the next.

On the following image you can see the hydraulic pump as well as the U2D2 / U2D2 Power Hub located directly next to the brushless pump motor. Although this was maybe not the best design choice considering EMI/EMS the available options in such a robot are somewhat limited (hence the preference for RS485). At the front of the robot there’s a remote-controllable pan/tilt head which was also realised using Dynamixel MX-28AR servo motors. The head contains two OpenMV cameras, one for colour image and the second one for thermal imaging. Those images are wirelessly transmitted to the robots control station where they are used by the operator for driving the robot. Finally I’d like to conclude this post with a couple of videos of the robot in action:

Hello Alexander, the Hexapod looks amazing and inspiring.
Thank you for the awesome video and creations!

Imagine this, crawling towards you, in the middle of the night.

p.s. Well done again, this is some really good work!

We are now looking towards setting-up a minimal jekyll-based website (this theme looks promising, but that’s not set in stone) following the colour and design scheme defined by the 107-systems logo. The job would be to simply customise a existing jeykyll-template (and possibly setting up a github action for site-generation and FTP-publishing to a web-server provided by us).

Is there anyone who might be able to help with this? Feel free to write me a private message or reach out via email.

Have a good weekend,
Cheers, Alex

Since I’m a big fan of having neat logos representing the various projects I’m working on it was a given to have a nice logo for the hexapod project (possibly a bit late for this years ELROB but definitely in time for next years ENRICH). So let’s have it: 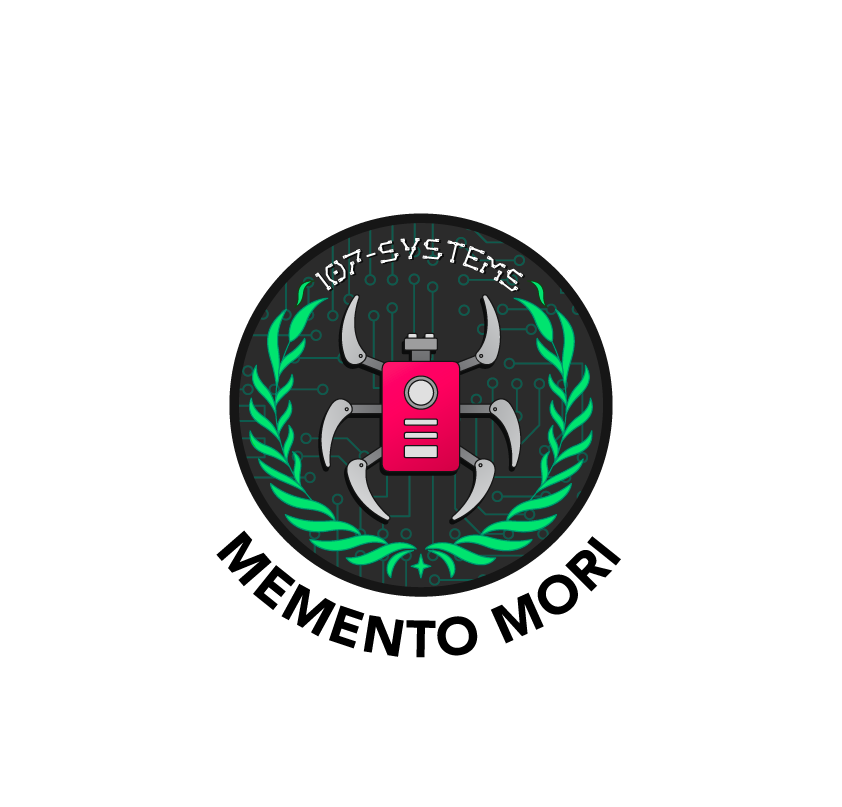 This looks great Aaron, hoping to see this on your new project!