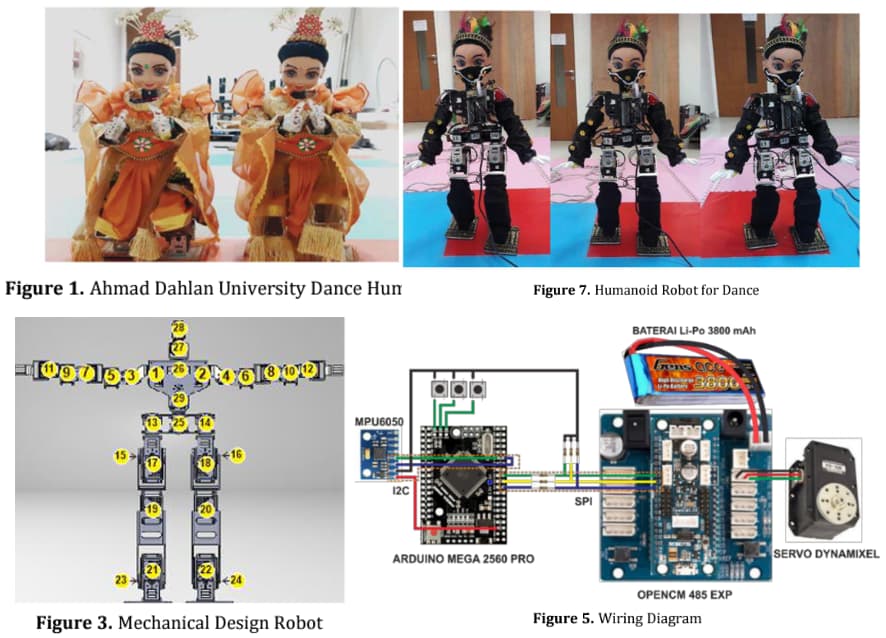 The ability to walk straight on a dance robot is very important considering that in competitions, dance robots are required to be able to walk through several zones starting from the starting zone and ending with the closed zone. Therefore, a control system is needed in the Lanange Jagad dance robot so that the robot can control the direction of its walking motion and reduce errors in dance motion while walking on the dance robot. This control system uses a reading value based on the orientation of the rotating motion on the yaw angle axis on the MPU6050 gyroscope sensor which will later be used as a corrector for dance robots when performing various dance movements while walking in the competition arena. From the results of the overall test of the Lanange Jagad dance robot after adding the road direction control system, the percentage of the success rate in the battery power supply condition is 12 volts to 12.6 volts by 100% with the greater the battery power supply, the error in the robot’s final angle average to The starting angle of the robot is getting smaller and the percentage of the success rate at the slope of the 0o to 4o race arena is 93.3%. With the tilted race arena, the error in the mean error of the robot’s final angle to the starting angle of the robot is also greater, so it can be concluded that the robot can be controlled direction of walking and can walk straight to the finish in the closed zone.